Brace yourself! Communication planet Mercury is retrograde in fiery, expressive Leo from July 26 to August 19, 2018, making for one hot HOT summer that could unleash some selfish moments and rash outbursts.

Ever have a moment when everything seems to go wrong? Your data disappears, people argue over nonsense, traffic is hellish, and your computer crashes as you’re putting the final flourish on your Powerpoint pitch deck. Flights are delayed or cancelled or you forget your passport at home on the way from an international vacation. Plans change without warning and your friends stand you up. There’s drama, sure…but this is just BEYOND.

Chances are, you’re smack in the middle of Mercury retrograde. 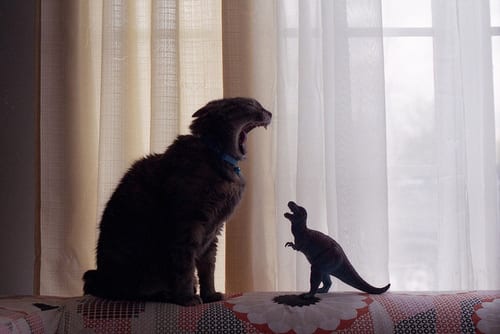 Tail between legs? From July 26 until August 19, 2018, messenger planet Mercury will be traveling retrograde through expressive, dramatic Leo, stalling plans and mixing up messages just as you were oh-so-sure you were ready to shout it from the rooftops. Tempting as it may be to charge full steam ahead with a passion project, doing so might only delay the mission further (or worse, cause an epic crash and burn). With Mercury back-spinning through hearts-on-sleeves Leo, attempts at vulnerability could lead to bruised egos. As the trickster planet reverses its course in the proud Lion’s den, random acts of courage could go up in smoke if the proper checks and balances aren’t put into place.

Mental Mercury also rules the transfer of information, and during this signal-jamming cycle it’s wise to password-protect all sensitive data and back it up to the cloud. Since Mercury retrograde can disrupt technology, take special precautions with your digital data. Back up all your important files and photos to the cloud. Mercury rules contracts, so think before you ink any deals. Either wrap up important negotiations before the cycle starts, or wait to sign documents until after Mercury goes direct.

Pro tip: To play it extra safe during Mercury’s backspin, keep beverages far away from your computer; this is the time when you could knock over a cup of coffee onto your keyboard or laptop. These are mistakes that can be avoided with a little extra caution until Mercury stations direct in late-August. (For more on how Mercury retrograde will affect your star sign, read your Monthly Horoscope.)

So what IS Mercury retrograde, really?

Three or four times a year, Mercury passes the earth in its orbit. As it rounds the bend, Mercury slows down and appears to stop (station) and spin backward (retrograde). Of course, it really ISN’T moving backward, but much like two trains or cars passing each other, this creates the optical illusion that one (Mercury, in this case) is going backward.

In astrology, Mercury rules communication, travel, and technology—so all of these areas can go haywire for about three weeks. To top it off, Mercury retrograde also has what’s called a “shadow period” (which we explain in this post), so you may feel the #retroshade a couple weeks before and after it actually happens.

Precautions to protect yourself from Mercury’s mayhem:

So how not to have a nervous breakdown? Don’t start anything new. Focus on activities that start with the prefix “re-,” which means to go back. Review all your contracts before you sign. Renew your commitments, rather than making new ones. Prepare to repeat yourself often. Reunite with old friends, redecorate a room.

How about rekindle an old romance. This one shouldn’t be attempted – use extreme caution. Mercury retrograde CAN bring back an old flame, but often it’s for the purpose of closure, not necessarily because this is the “one that got away.” Don’t be surprised if you get a Facebook friend request from someone you dated back when or a long-forgotten childhood friend. We’ve bumped into long-lost friends (and loves) on the street during Mercury retrograde. Strange times!

1. Review all contracts and legal documents before signing.

2. Pause and breathe before speaking. (Repeat yourself if necessary!)

3. Read all emails and documents before you send.

5. Get your vehicles (or bikes) tuned up, pack an emergency roadside kit.

6. Leave early for any travel and appointments, since Mercury Rx can delay flights.

7. Renew your commitments instead of making new ones.

8. Focus on the prefix re-, which means to go backward (renew, review, revamp, redecorate.)

9. Plan reunions with old friends & loved ones (but prepare for possible mishaps!)

10. Expect to hear from/run into people from your past at the weirdest moments.

11. Get sentimental. Reconnect with your roots, walk down memory lane.

12. Practice forgiveness. Finish processing what’s unresolved so you can let it go.

14. Think of the retrograde as a quarterly review period, a chance to pause and finish what you’ve started.

15. Back up your digital data (photos, contact lists, files) before the retrograde or ASAP if it’s started.

1. Buy new vehicles, electronic equipment or gadgets (unless they come with a good return/repair policy).

2. Sign contracts without a thorough review (delay until Mercury turns direct if you can).

3. Fly off the handle or jump to conclusions if someone misunderstands you.

4. Run into the arms of an ex – be careful and aware (Mercury reunions aren’t usually meant to last, but closure).

5. Shoot the messenger if someone from your past comes around.

6. Put anything sketchy into an email or text (you could hit “Reply All” or send to the wrong person!).

7. Leave late for flights or appointments.

8. Start anything new on top before finishing what’s ahead on the to-do list.

9. Lead people on, give mixed messages, or believe everything you hear (actions speak louder than words).

The silver lining? Mercury retrograde is a great opportunity to handle unfinished business. Most of us start a million things that we don’t complete, never realizing how much intuitive clutter this creates. The retrograde is like a quarterly review, a chance to tie up those loose ends and create a clear vision for the future. Take advantage of it, and you’ll emerge fresh and ready when Mercury goes direct. As the cliche goes, what you resist persists. So the more you can embrace chaos or a lack of control (and isn’t control an illusion, anyhow?), the better you’ll survive this cycle.

Tune-in to the chosen frequency for this retrograde cycle, Solfeggio 852 Hz is directly connected to the principle of Light, and Light is a higher form of bioenergy. This frequency can be used as means for opening up for communication with your higher self and awaken your intuition and inner strength. This frequency can be used to cleanse trapped negative energy and dissolve fear, overthinking and worries.

It’s All About the Journey, Not the Destination 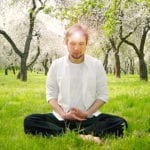 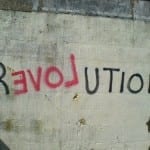 The Rising Consciousness of Man 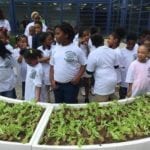 Does the Soul know time?