Romantic energy manifests into two styles of relating: yin and yang. A romantic relationship will work best – in the longterm – when you get a yin-person together with a yang-person. This is not about politics or anatomy, it’s about:  energy.  It works as well for same-gender couples as it does for heterosexual couples.

Are you yin or yang? Emphasizing one of these inner energies could make all the difference in your romantic relationship.

If we’re observant of nature, this should come as no surprise. A tree breathes in carbon dioxide and breathes out oxygen. Humans do the opposite. Even blood is a balance of alkaline and acid. It’s no wonder they say opposites attract.

Energy and the Union of Opposites

Yin and yang in relationships work just like the exchange of carbon dioxide and oxygen. The yang partner offers yang in exchange for yin, and the yin partner receives yang energy and gives back yin energy.

Of course, each of us is both yin and yang (feeling/thinking, responsive/initiating). However, almost every person slightly emphasizes one of these energies more than the other.

When someone with slightly more yang teams up with someone who has slightly more yin, there tends to be romantic compatibility.  These are the couples who are still making love 30 years later. Couples with opposite energies even tend to enjoy better health and do better financially. This exchange loop is how people come to feel deeply understood by one-another, and we call this the Union of Souls.

Simply put, a union-of-souls creates a synergy often lacking in other relationship models. 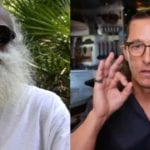 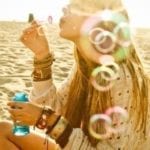 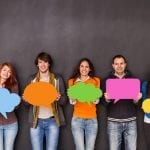 Impeccable With Your Word 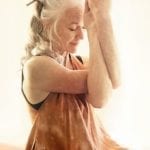