Planting the seeds for a vegan farm.

Farming runs in Jay Wilde’s family. His late father grew up raising cattle on Bradley Nook farm in Derbyshire. Wilde grew up running through the motions of maintaining the land and family business, and eventually took over his father’s responsibilities. The family tradition remained strong until 2011, when Wilde inherited the farm.

It wasn’t a desire to begin a new career that inspired change; it was the 60-year-old’s vegetarianism that finally prompted him to stop raising animals for meat. After being unable to reconcile the tradition with his love of animals and meatless diet, Wilde took action and acted on his beliefs.

Last summer, the farmer and his wife sent most of their 70 cattle to an animal sanctuary in Norfolk, keeping 12 cows and five calves as pets who now graze around their home. After the couple decided the farm would no longer produce meat, they took steps to turn the operation into a vegan vegetable farm, which will eventually include a cooking school, store, and a restaurant.

And although this is a big change for Wilde, he’s relieved and excited to begin a new chapter in his life, one that isn’t at odds with his personal beliefs. “What we were doing worked in the past, but it’s no longer fit for purpose really. It consumes too many resources, it’s morally indefensible if you think animals are anything more than meat,” he said.

For many, Wilde is a hero. The now vegan farmer sees it differently. For him, breaking with tradition is his way of accepting his beliefs, embracing change, and potentially creating the first vegan farm in the country. 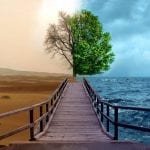 Are You a Bridge Between Two Worlds? 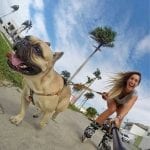 9 Ways to Raise Your Vibration Now! 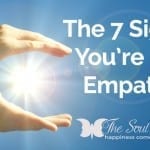 The 7 Signs You’re an Empath

What does it mean to See?