We all get in our own way occasionally and some people do it repeatedly, whether it’s procrastinating, drinking, or overeating. Self-sabotaging behavior results from a misguided attempt to rescue ourselves from our own negative feelings.

Are you sabotaging yourself? Some people drink, some procrastinate, others are just way too modest. How do you get in your own way?

1: Dodging Emotions: The Help That Harms

We often get into trouble trying to escape intense negative feelings.

Everyone does it sometimes. Some do it regularly—shoot themselves in the foot or put obstacles in their own chosen path. Behavior is self-sabotaging when in attempting to solve or cope with a problem, it instigates new problems, interferes with long-term goals, and unsettles relationships.

Comfort eating is a common form of self-sabotage, especially when a person has weight concerns; self-medicating with drugs or alcohol is another common form, although procrastination may be the most common of all. Less common is self-injury/cutting to escape painful emotions, or going on shopping sprees when one can’t afford the merchandise.

2: Procrastination: Oops, Where Did the Day Go?

We fool ourselves in the minute-by-minute choices we make.

We make an intention to act, the time comes, but instead of acting we get lost in our own deliberation, making excuses to justify an unnecessary and potentially harmful delay. Who makes this decision? We do. The self, in fact, sabotages its own intention.

3: Extreme Modesty: The Case of the Disappearing Self

There is a point at which ingratiation is corrosive, and women too often find it.

Self-sabotage can show up in the strangest places. Take the recent neuroscience lecture in New York, which was followed by the customary question and answer period. Eventually, the speaker announced there was time for only two more questions, and a female neuroscientist, probably in her late 30s, wound up with the last slot. But instead of asking her question straightaway, she fell into what might best be described as a self-effacing dance. “Oh my gosh,” she said, curling around the microphone stand as if to disappear into it, “I’m the last questioner. I feel almost guilty.” She declared her near-guilt again before posing her question. I forgot the question. But the prologue was memorable—it made the audience squirm.

“I Did All the Things I Wasn’t Supposed to Do”

Self-sabotage is not an act, it’s a process, a complex, tragic process that pits people against their own thoughts and impulses. Though we all make mistakes, a true self-saboteur continues to try to fix those mistakes by top-loading them with increasingly bad decisions.

Addicts, for example, present a parade of excuses and delusional thinking while avoiding the painful, decisive action necessary to set their lives right. All too often we hear stories of talented individuals who, despite much potential, allowed drugs and alcohol to drag them down.

Regardless of the behavior that one displays in their Self-sabotaging process, the root of this disruption can be linked to a fragmented piece blocking the Soul Self from the individual’s highest potential. Deep inward discovery and transformation is essential for uprooting this most prolific program. The Soul Medic offers this inward journey through a service called Soul Body Optimization. Book your free consultation today to see if this is an ideal match for your journey. 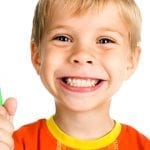 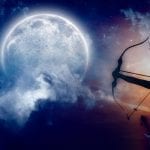 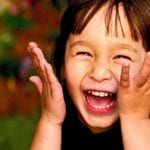 Why Laughing Is Good for Your Health 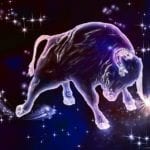 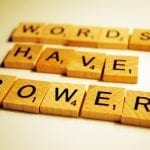