Tiny homes are growing in popularity. These compact under 400 square feet homes are popping up everywhere. Sometimes they are used as an accessory housing for aging parents or a perfect starter home for college graduates. Now, they will become housing for the homeless in San Jose.

This is not a new concept. Tiny homes have been considered as a possible solution for the homeless in the bay area for years according to The Mercury News. The San Jose city council took the initiative to approve the construction of two tiny homes communities on December 18, 2018, as temporary shelters or bridge housing for people lacking permanent homes.

San Jose and all of Santa Clara County have the fifth-highest homeless rates (topped by New York, Los Angeles, San Francisco) in the US according to a recent US Department of Housing and Urban Development report. There are approximately 7,000 homeless people in the county, and 75 percent of them do not have access to shelter.

“The report shows that we continue to be one of the communities struggling with a large, vulnerable homeless population,” Ray Bramson, the city of San Jose’s homelessness response team manager told Mercury News. “Everyone recognizes that this is a significant challenge, and we need to keep devoting resources to solve the problem.”

Silicon Valley has a unique housing situation where rents are very high and vacancies low. This contributes to the number of unsheltered people in the area. Tent cities line the roadways, and since they are in public spaces, they are frequently forced by the police to move. A better solution was desperately needed.

The bridge communities will contain 40 tiny homes each in a pilot program that will run through 2022 when the state law that permits this type of construction expires. The homes will be built as part of a partnership between the San Jose City Council, HomeFirst, and the Habitat for Humanity East Bay/Silicon Valley.

The prototypes of the tiny homes were reviewed by the city council before the vote and will have 80 square feet (7.5 sqm) of space – with a few larger ones for people with disabilities –  and contain a twin bed with storage drawers underneath it. Each home will have a light, an electrical outlet, a smoke detector, and a door that can lock. There will be shared bathrooms, showers, laundry facilities, and kitchens, plus a common room with computers and job boards.

HomeFirst will operate the two communities and will offer a range of services that include healthcare resources and career counseling. The sites will be fenced in and there will 24/7 security; something that has been a bone of contention for similar homeless communities in Oakland and San Francisco.

The communities are intended to be temporary bridge housing. “The idea is to rotate people into permanent housing as quickly as possible,” James Stagi, the city’s homeless response team manager, told Mercury News. “That’s the premise behind rapid rehousing programs. Our goal is to get people in, stable and out within three to six months.”

The leases for the two sites will be finalized this year, but the sites need to be developed with electrical, water, and sewage infrastructure and paved before the communities are constructed. The first one is slated for the end of June 2019.

“We believe this is a dignified model that will not only get people off the streets but will also find a way to transition people into permanent housing,” Jacky Morales-Ferrand, the head of the city’s Housing Department told Mercury News.

If this pilot program is successful and California extends the law that allows tiny houses, the city will consider expanding the program to other unused industrial sites or parking lots in the city. That will go a long way in reducing the number of unsheltered people in the Bay area and in any other communities. 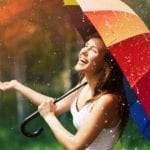 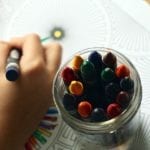 How One Person’s Kind Words Can Impact an Entire Life

9 Inspiring Hacks for Your Stay-At-Home Life! 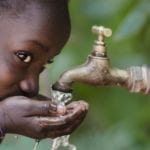 6 New Technologies That Create Clean Water for a Thirsty World 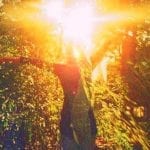 Pierce the Realm of Joy, Appreciation and Oneness