As homeowners around the world are being ordered into self-isolation, legislators are making sure that society’s most vulnerable people are offered the same protection.

Homeless people across North America and Europe are being offered shelter in everything from unused hotel rooms to designated self-isolation centers.

In London, Mayor Sadiq Khan booked 300 hotel rooms at a discounted rate to house the city’s rough sleepers for the next 12 weeks. The mayor’s legislative team plans to continue working with the Intercontinental Hotels Group (IHG) to facilitate additional discount booking should the need develop further during the coming months.

“This affects everyone in London and we must do all we can to safeguard everyone’s health—not least those Londoners who face spending each night sleeping rough on the capital’s streets,” said Khan in a statement. “Rough sleepers already face difficult and uncertain lives and I’m determined to do all I can to ensure they, along with all Londoners, are given the best protection possible.”

This is just one of the many initiatives that the UK government is implementing to get homeless people off the streets during this time. According to The Guardian, legislators are currently working to house rough sleepers in unused hotel rooms and other self-isolated commercial spaces. Not only is the space readily available, but research also says that housing the homeless in hotel rooms is less costly than hospital space.

Similar measures have been implemented in California as well. Gov. Gavin Newsom’s legislative team has reportedly secured roughly 4,000 hotel rooms statewide with the hopes that the initiative could help lead to permanent housing.

“This is an opportunity to bring folks indoors, and then try to get them into permanent housing when this is said and done,” said Ali Sutton, state deputy secretary for homelessness, in an interview with CapRadio.

The state has reportedly allocated more than $150 million to local governments working to house the homeless during the outbreaks with another $50 million being distributed for renting travel trailers and hotel rooms as an emergency shelter.

A KUOW report from earlier this month outlined similar initiatives taking place in Seattle as well.

This is just one of many positive stories and updates that are coming out at this time and in the news coverage this week.

The 7 Signs You’re an Empath 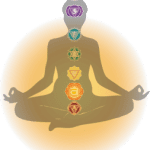 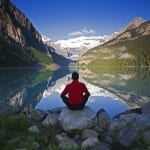 7 Soul Tasks with Your Chakra’s 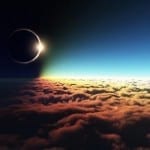