Scientists in Florida have rediscovered an extremely rare metallic blue bee. The blue calamintha bee hadn’t been spotted in several years, leading experts to conclude it was probably extinct. Coming just before World Bee Day, an annual awareness-raising event highlighting the value of bees and other pollinators for the survival of our ecosystems, this is a finding to celebrate!

On March 9 this year, Chase Kimmel, a researcher with the Florida Museum of Natural History, was the person responsible for finding a blue calamintha bee or Osmia calaminthae, the first time it was spotted since 2016. He made this discovery as he was installing a bee condo in the hope of attracting these bees near an Ashe’s calamint plant, another threatened species, that blue bees depend on for food.

“We observed a shiny little blue bee grabbing an Ashe’s calamint flower and rubbing its head on the top portion of the flower 2-3 times,” revealed the endearingly modest Kimmel in a statement to CNN. This behavior is unusual and unique to the blue calamintha bee.  “We were pretty shocked to see it” he explained.

But this particular bee has other unique characteristics. For instance, its unusual facial hairs that it uses to collect pollen. Blue calamintha bees are also solitary creatures, creating individual nests rather than hives. The bee is currently listed by Florida’s State Wildlife Action Plan as a species of greatest conservation need.

After extensive survey work over the last couple of months, mainly on protected state lands, several more of these precious bees have been observed around 10 properties. This was no easy task, taking hours and often days reveals Kimmel. But this beats the four properties the bees had previously been found in, which were limited to a 16-square-mile area of pine scrub habitat at Central Florida’s Lake Wales Ridge — one of the fastest-disappearing ecosystems in the US.

While efforts to reach more of the insects have been hampered by the current pandemic, these recent sightings mean that the species may have a bigger footprint than previously thought.

The history of this species is closely tied to the ancient geological history of the land in Florida. The museum outlines how when much of the state was underwater: “higher elevation sand dune areas along the Central Florida ridge behaved almost like islands, producing isolated habitats” making the area a particularly “biodiverse” one. These unique environments led to pockets of specialized plants and animals such as the blue calamintha bee.

Kimmel and his advisor, Jaret Daniels, are working on a two-year research project to quantify the blue calamintha bee’s population size, and its nesting and feeding habits. Excited that the bee seems to be more abundant than they ever dreamed possible, they hope, along with the  Florida Fish and Wildlife Conservation Commission who are sponsoring their work, that this knowledge will help give the rare subjects of their research endangered species status. This protected status should boost their survival into the future.

love your bees support The Bee Girl Organization – Their mission is to educate and inspire communities to conserve bees, their flowers, and our countryside. They envision a future where kids frolic in pastures of flowers, buzzing with bees, alongside profitable family farmers and ranchers. Through our research projects and education programs, they are regenerating soil, bees, and communities.

How to Witness your Thought Process 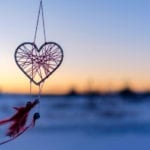 5 Spiritual Quotes that Reveal the Truth About Finding Love 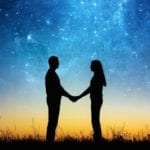 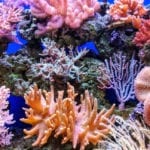 This Happy Lab Accident Could Save the World’s Coral Reefs