Over the weekend, a pair of dark magnetic filaments erupted in the sun’s southern hemisphere. The double blast hurled closely-spaced CMEs toward Earth.

G1-class geomagnetic storms and Arctic auroras are possible on Jan. 6th when the storm clouds arrive.

The double eruption hurled a closely-spaced pair of CMEs toward Earth. The first CME was slow-moving, the second was faster. This could cause the two CMEs to pile one on top of the other, intensifying their impact. NOAA forecast models suggest an arrival at Earth on Jan. 6th.

Dark filaments are twisted tubes of magnetism containing solar plasma. They look dark only because the plasma inside is a bit cooler than the underlying sun. In fact, they are quite hot and bright and would outshine the full Moon if you could hold them up in the night sky. 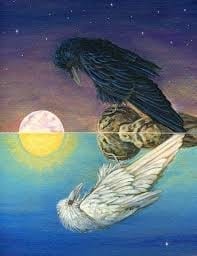 “You are the sky. Everything else – it’s just weather.” Pema Chodron

Another heads up for this week!

As our nervous systems are fritzed by the incoming geomagnetic storms, a reminder that this week, all 3 inner planets – Mercury/Venus/Mars -are changing signs together, scrambling our emotional and etheric fields. Mercury is very active, delivering messages from truth-teller Pluto on January 4th, changing signs from Capricorn into Aquarius on January 8th then squaring Mars and Saturn.

I wrote on Sunday:” Expect more serious news and restrictions.” Well, as Trickster Mercury untangles and scythes through the sticky webs of what has been hidden, here it is in spades…..revelations, corruption, tighter lockdowns, and more shocks to come.

The polarities, divisions, and splits between the New/Old, the Progressive/Reactionary, the Awake/Asleep are being intensified and exaggerated in the Aquarius/Taurus fixed sign standoff. Everything is opposite to how it seems as revolutionary Uranus is in traditional Taurus while status quo guardian Saturn is in progressive Aquarius. Neptune and the Nodes of Fate are creating smokescreens and a hall of mirrors.

Even in our 4D tribes, there are still so many making futile attempts to get back to how it used to be, so many still naïvely expecting that we can just wait for some sort of silver bullet. So much (understandable) impatience at the ongoing Saturnian restrictions to our comfortable personal freedoms and casual entitlements, so many polarised into either conforming or rebelling social media camps.

But in 2021 there is a brand-new agenda to be co-created which means we need to turn our faces towards the future. We are looking at a collapse in the shared meaning of the stories/hypnosis/spells that supported the patriarchy – the end of centuries of patriarchal gaslighting. The old stories, which we had learned to believe over our own knowing, have broken down.

There are no sides and no saviors.

Switch your B.S. detector on to a high setting – you’re going to need it.

Believe nothing except your own inner voice of truth. Shift out of 3D partisanship and the addictive drama of watching the decayed timelines self-delete.

When you start to realize that transformation isn’t an adornment to your existing life, but its complete unraveling, everything changes.

New! You can’t outrun the lifting of the veils…… January 2021 is going to be a perfect storm as the new Aquarian frequency rolls in and not everyone will deal with it with grace, ease, honesty, sanity, or stability.

Are you starting your year off with Inspiration or Desperation? Want to know more about Timelines and how to be The Cause of your life instead of The Effect, or even what are the unique attributes of your own Soul Body Blueprint? Call now to set up a Free Consultation today at 833 -SOUL MED. Looking forward to helping you find you!?

The Science Behind Yoga 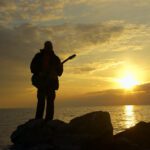 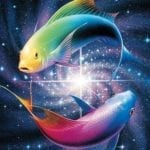 20 Osho Quotes On Life That Will Change You Forever